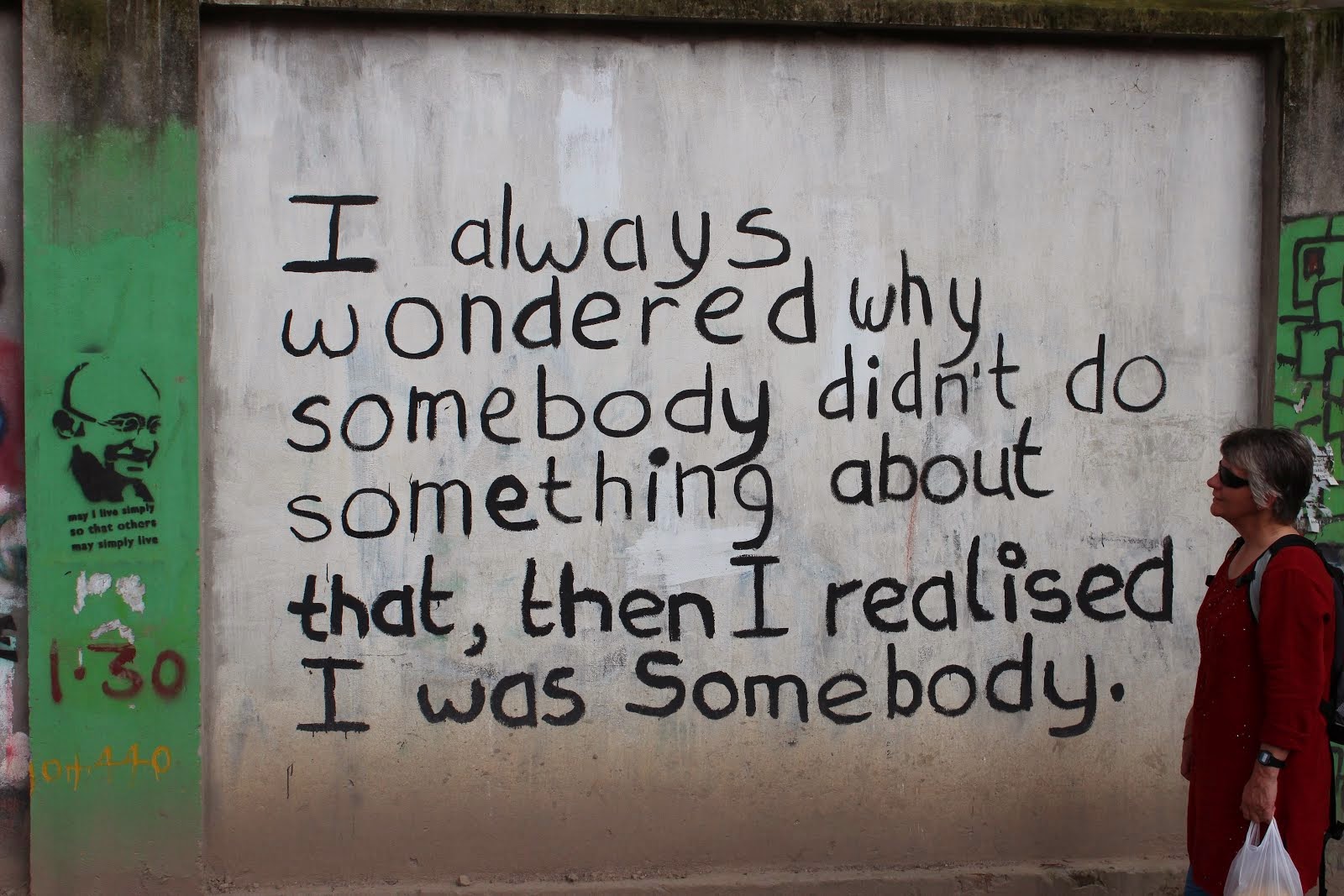 A Final Word. Teamwork helps reduce poverty in Nepal. Discover the part you have played.

During our time in Nepal, we have learnt, along with many things, that teamwork is an essential component of successful volunteerism.


Our work was suspended for a short time after the earthquake of 2015. We were asked by local government officers, co-ordinating the relief effort, to visit the most stricken areas of Lamjung to collect photographic evidence of damage. Below are some of the less harrowing images that need no words. 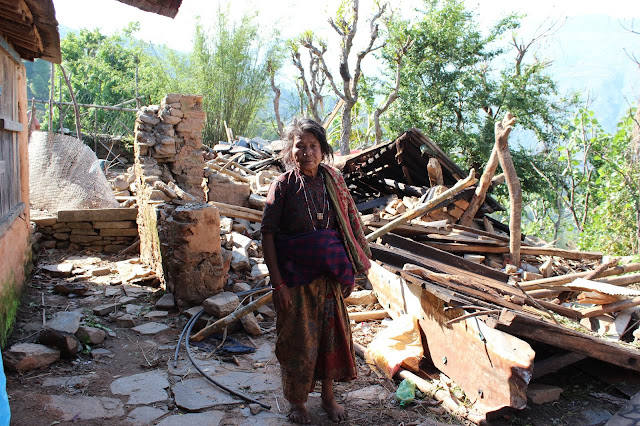 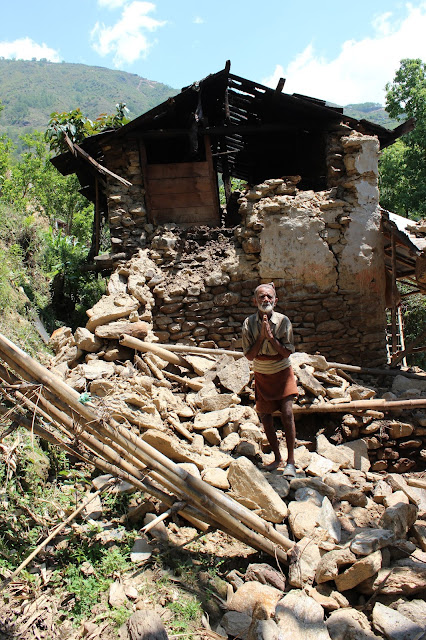 This landlocked country holds its place on the world stage for many reasons. Its northern districts are set amongst the highest mountain range on the globe, whilst at the same time its biggest export is workers to more affluent counties, and is amongst the poorest of Asian nations.  Gender inequality, child trafficking, extreme poverty, environmental degradation, and natural disasters are just a few of the issues that the many INGOs and NGOs are tackling. It may come as a surprise to learn that most of these organisations do not use either national or international volunteers. VSO stands amongst the handful of organisations that work by bringing people together through volunteerism, to share their knowledge which will hopefully result in sustainable change, poverty reduction and greater life choices for the beneficiaries.

In a few sentences I would like to use my placement in Nepal to illustrate how many people have come together, and what that collective effort has achieved.

The team at VSO UK, prepared Jude and I for our trip to Kathmandu.  Through VSO Nepal that support has continued over the last two years.  However, none of this could happen without the actions of individual donors back in the UK who have continued to provide the finances.  These donors include a huge numbers of British families who donate to VSO on a regular basis and can now read a first hand account of what their money has achieved.

As you might expect life here, as everywhere, has its “Ups and Downs”. The ‘Ups’ take care of themselves but during the ‘Downs’…….. when a volunteer may feel a long way from home, or perhaps has temporarily lost sight of what it is all about or maybe the diet is a bit lacking and health is below par, then a whole other group of team members start to play their part.  On the professional side VSO UK has listened and offered support, friends and family have chatted over Skype, literally hundreds of thousands of you have read our blog posts. From the Ukraine to China and Ireland to Australia readers just taking the time to log onto the blog, and occasionally post a comment, all have a motivating effect on the volunteer………somebody is interested, somebody cares.  Many donors back in the UK have not stopped at giving their money. They also send email messages wishing us well and helping to keep our spirits up. All of you are valuable team members.

Volunteering means leaving things behind and suspending life back at home. Another whole band of the supporting team like family members who look after the house, the dog, the garden and take on countless thankless tasks have played their essential role in this tale.

Now, in the final days of the placement all these team members worldwide, can hear what their collective efforts have achieved.

At the sharp end you have supported a volunteer in a project that is funded by the UK Government. The project name is Samarth, which translates into ‘helping people help themselves’.  The initial work involved working with all the dairy industry stakeholders to establish a genuine “need”, which could form the heart of an intervention. Farmers, processors and the government all agreed that poor milk quality was the single most important issue holding back the dairy industry.


Your volunteer, working in a small team for a department in the Ministry of Agriculture, wrote a process that included all the production steps for milk from farmers to processing. All the stakeholders once again unanimously accepted that the adoption of this Good Manufacturing Practice for Raw Milk (GMP) is the way forward and have asked Samarth to carry out pilot schemes to validate it.

An implementing partner, the NGO Forward Nepal, has been engaged to carry out the pilots in 6 raw milk supply chains, which will be completed by January 2017. Your volunteer was embedded in the Forward team where he wrote all the training schedules, lesson plans, manuals and materials to enable farmers to follow the GMP. The team Leader is Dr Krishna Paudel, who is a very experienced development professional with good connections into all the key government agencies that will carrying out the initial steps in this huge training program. Sachit Neupane, a food technologist, has written training programs for the milk chilling centre staff. Their task is to train in a way that leads to behavioural change amongst farmers.


The final stage of the volunteer’s involvement with this intervention has been training senior government officers in all the historical, technical and methodological aspects of the GMP process. In short everything that these 4 officers will need to allow them to train 80 trainers within the supply chains whose job it will be to train a further 7000 farmers. The big bonus is that 50% of the government officers were women, as are 65% of the trainers and the majority of farmers.

An added bonus is that the curriculum for the GMP implementation has already been adopted by the government and will be part of their training program next year.

On a different project the volunteer has shared cheese making skills with small rural based factories that are then more able to supply the distant urban markets in the Kathmandu valley.


The development impact of both projects is targeted at reducing poverty and securing incomes for smallholder farmers, improving the lives of working women and reducing the environmental impact of producing milk.

The last couple of years have been a huge teamwork exercise with each participant making a valuable contribution. Thanks go to each and every one of you that has played a part in what we have collectively achieved.

I would like to finish with a short quote from the late Joe Tasker, a very talented mountaineer and writer from the Northern England, who wrote “the most rewarding of achievements only come from succeeding against the greatest odds”.

Together, we have achieved against all odds.